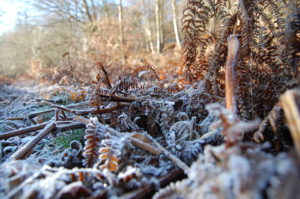 The weather was mild over Christmas and New Year but has snapped down with cold frost over the past two weeks. With that has come some mild illness; me first, for once, so I knew exactly what was coming for L. 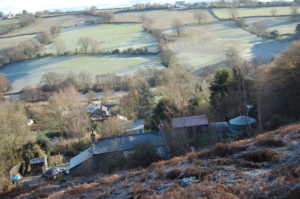 So best laid plans were dashed last week as I managed half of what I wanted to do, while I tried to get better. And my catching up has been slowed this week as I look after a feverish little one. 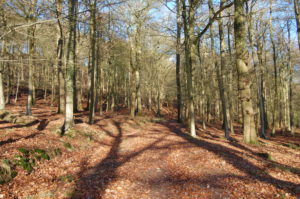 But still, jobs have been done in and around the house. Today L went back to school, so I managed some outdoor / noisy jobs and a short walk in the woods. The frost was like icing on the ground for most of the day.

I sanded and waxed a small Victorian table for the yurt, which now looks pretty in there. 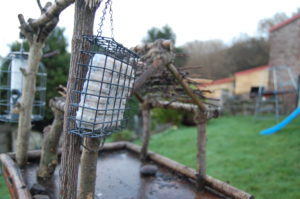 A team of squirrels work together tirelessly to ransack every bird feeder. Luckily today they haven’t been around much, so the long tailed tits, nuthatch, blue tits, robins, and sparrows have enjoyed a bit of food. So much so that I saw a blue tit investigating a nest box. At -2 degrees!

I’ve managed to tidy some of the retaining wall behind the house. Our house used to be owned by a well known giant of a man, who was a scrap man. The walls ooze with scrap (quite literally!). After finding gutter brackets and spanners stuffed up the chimney this summer, nothing really surprises us anymore. A full bin of brake pads, hand drills, screwdrivers and lots of nuts and bolts came out of the soil this time. 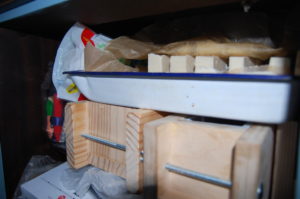 This week I also managed to make some soap for the first time in a year or so, which was a happy achievement, and finished the decoupage on a dresser I started a few months back. Craft supplies were organised. Biscuits were made and all were cosy. Sometimes it’s good to have a bit of time stuck in the house. 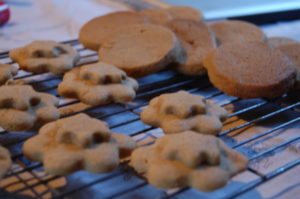